There’s an old saying: If you want to know about a person, just look at… and that’s where the saying falters. Depending on who you are, what you know, how you view things, that thing you look at to really know a person, to understand who they are psychologically, it could be their bookshelf or their record collection or even how their pots and mugs are organized. But it could also be that if you want to know about a person, their closet is the best place to check out.

Of course, for most people, this would involve having to be invited into their homes and having the alone time to go snooping. Unless you’re Sara Berman, in which case your grandson, more than a decade after your death, has recreated your closet and put it on display for everyone to see in a touring exhibition, currently at the National Museum of American Jewish History (NMAJH).

The question is why?

Overall, Sara Berman wasn’t anyone special. Sure, she was certainly special to her family and her friends, but in the grand scheme of things, she didn’t set the runways of Paris ablaze, she never danced like Ginger Rogers, and she never correctly questioned the Final Jeopardy answer to Alex Trebek’s face. Yes, all of those things relate to her, but in the end, her sole remarkable achievement is that she did what she did and she did it the way she wanted it done.

But to fully understand her, you have to go back a bit.

Sara (not yet) Berman was born March 15, 1920 in the tiny village of Lenin in Belarus, not far from the Hungarian border. This was not the safest area for Jews at any time and in Soviet controlled post-World War I, things were particularly dire. They were so bad that, in 1934 Sara’s parents loaded the family onto the SS Palonia and moved to a three room shack on the beach outside of Tel Aviv in what was then Palestine.

It was an interesting boat ride for the young Sara, who got violently seasick. In order to help combat the nausea, a crewman gave the twelve-year-old an orange. It was the first orange she had ever seen. One can assume that this kindness, along with the move itself, had a lasting impact on Sara, one which is reflected in the words of her daughter, artist Maira Kalman, from a recent New Yorker piece: “Nothing in life has an expiration date. You are free to change at any age.”

And Sara did change. The beach shack outside Tel Aviv was alive with the latest fashions from the runways in Paris, lovingly recreated by Sara’s mother and bleached white from hanging on the line in the hot sun.

When, in the early 1940s, Sara met and married Pesach Berman, a diamond merchant, it may have seemed like a good match to the outside world, but even at the time, Sara Berman had reservations. Still, Ever the dutiful wife, and eventually, mother of two, Berman lived her married life, first in Tel Aviv, where her children (Maira and Kika) were born, and then, in 1954, moving with her family to New York City.

Eventually, Sara and Pesach moved back to Israel and proceeded to live out a normal, if uneventful, life.

Then something happened. No one is really sure what (or, if they are, they’re not saying) but in the early 1980s, after a visit by Maira and Tibor Kalman, her now grown and married daughter and son-in-law, Sara Berman decided she’d had enough of living her life for other people. After 38 years of marriage, she divorced Pesach and moved, by herself, to a studio apartment in the Greenwich Village Neighborhood of New York City, not far from her family.

It was here, in her early 60s, that Berman actually began to finally come alive.

Berman arrived in New York with a single suitcase, having jettisoned most of her previous life in an effort to not only restart, but to redefine the person she was with the person she wanted to be. She literally removed Pesach from her life, taking old family photos and ripping them in half to leave her, alone, in various locales and vacation spots. She embarked on new routines and rituals for her new life. She would watch Jeopardy at 7pm nightly and on Wednesdays, she could be found eating her weekly pizza in the café at the Museum of Modern Art. She would watch old Fred Astaire movies and look out her window at the Empire State Building. And, with that single suitcase as her guide, she made the conscious choice to limit her possessions, including her wardrobe. This was also when she decided to only wear white.

Again, the reasons for this are lost to us. They may have even been lost to Sara herself. It could be that the white (or variations thereof; ecru or eggshell were not out of bounds) reminded her of those times on the beach, with her mother’s creations leached of color and swaying in the breeze. It could have been just an artistic affectation. All we really know about it is what was left behind; clothes and other small artifacts, meticulously cared for. The white clothes were always clean and pressed, stacked and organized in the tiny closet within the confines of that studio apartment.

This organization was truly noticed in 2004. Before then, Berman’s small home, while meticulous, was not cold or sterile. It was the home of someone who enjoyed her life, someone who kept a number of inflated beachballs on the floor for her grandchildren’s joy and amusement. And the closet, was just that, a closet. There was no need for it to be examined. In fact, the organizing and reorganizing of the closet had become a game played by Sara and her grandson Alex, Maira’s boy.

But in 2004, Berman returned to Israel for a family vacation. She spent a day at the beach, wading in the water and eating lemon ice, visiting with her sister Shoshona, who still lived in Tel Aviv. The next day, when she didn’t come down for breakfast, it was discovered she had passed quietly in the night. She was 84 years old.

Back in New York, the spirit of Sara was obviously present in the small flat. Without its occupant to offset things, it could be seen how there was a place for everything and everything was in its own place. Sara had made beautiful use of her space, defining it even as she had defined herself.

When it came to the closet, 19-year-old Alex, who already had his mother’s artistic bent, thought there was something to the way his grandmother had organized her closet that spoke to larger issues than merely being a place to store clothes. So as they went through her stuff, Maira and Alex documented what was there and how it looked, knowing it would be a show someday.

Mmuseumm, the art project founded by Alex Kalman, debuted the piece “Sara Berman’s Closet” in an out of the way alley in 2015. The installation consists of the closet, recreated, as well as a number of other artifacts from Berman’s apartment, all presented with quotes and sayings from the book of the exhibition by Maira and Alex.

Since that auspicious beginning, the show has moved first to the Metropolitan Museum of Art in New York in 2017, the Skirball Center in Los Angeles earlier this year and now is in Philadelphia, at the NMAJH, where it is in its own temporary building outside the traditional confines of the museum. According to the museum, having the installation out on Independence Mall, and sitting “adjacent to sites commemorating the stories of our Nation’s founding, the installation of Sara’s closet puts a woman’s humble 20th-century story radically on par with that of the Founding Fathers.” Furthermore, “it opens visitors up to conversations about who we commemorate and monumentalize, the meaning of material objects in our lives, identity and reinvention, family history, through the power and meaning of small moments.”

Or it could be, as Alex is quoted as saying in the New York Times, the piece is “a monument to courage and independence and freedom.” Of course, then there’s always the thought of Maira, musing in that same article about what her mother would have thought of the idea that her clothes and unmentionables were on display for the whole world to see: “She would have thought we were crazy, but in the best possible way.”

Whatever way you look at it, though, Sara Berman’s Closet is an inspiration to one woman’s drive to be uniquely herself in a world where any woman’s choices were always being questioned and her life would be defined by who she married. 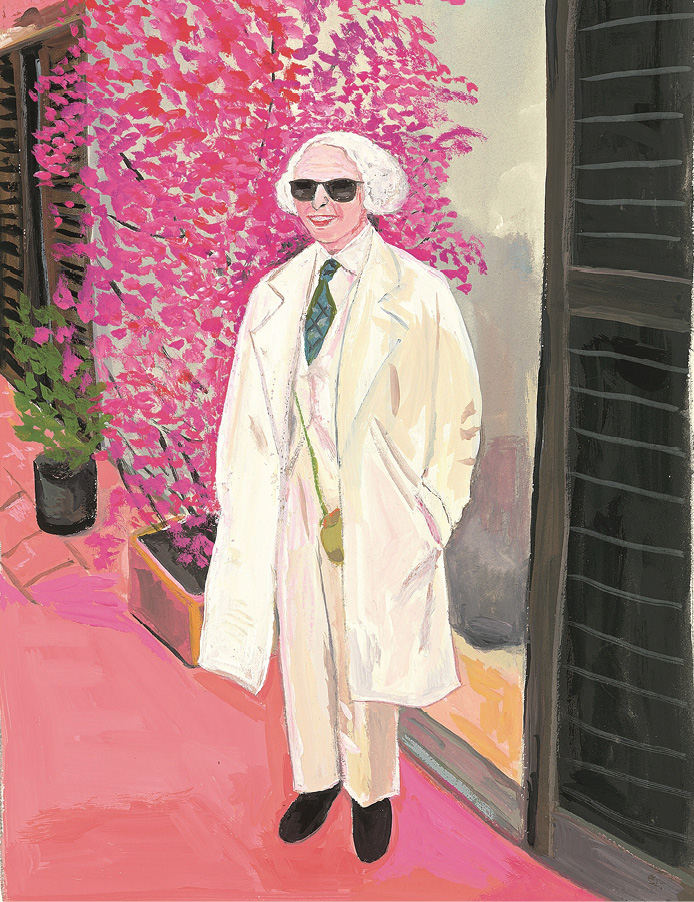 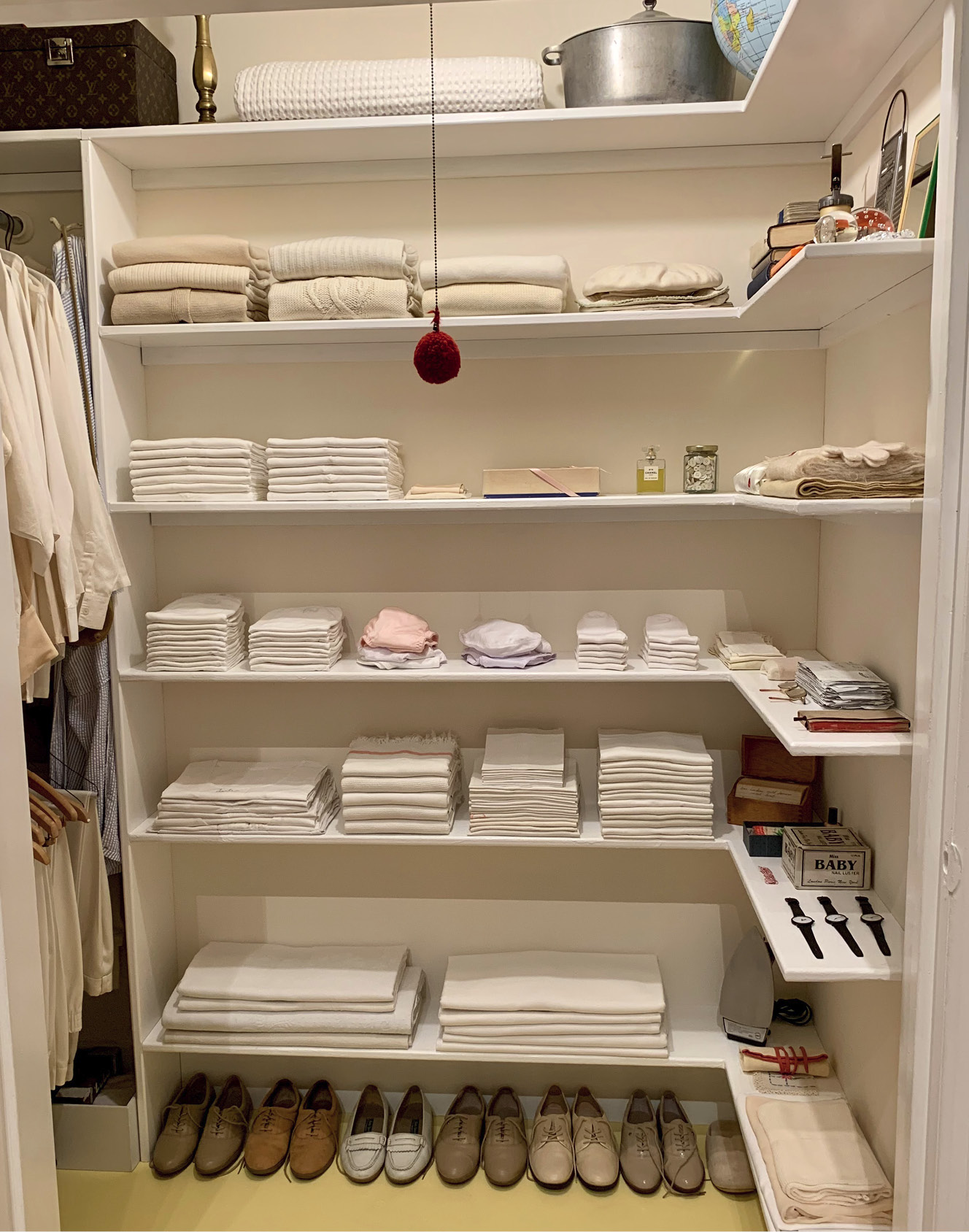 Sara Berman’s closet on exhibition at the NMAJH.