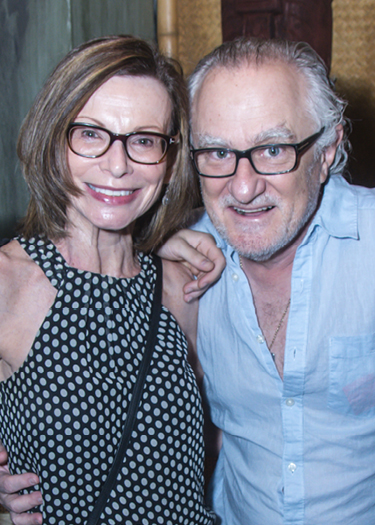 When Joseph asked for Fanny’s hand in marriage his future father-in-law agreed, on the condition that he pack away his violin and go into business like any other Jewish breadwinner. There was also a reference to his 1910 Indian motorcycle, which had better suffer the same fate as his beloved Stefano Scarampella.
Some fifty years later, I’m in my grandfather’s garage, climbing a rather rickety ladder. “It’s a small black violin case,” he says, “I put it up there ages ago, under some hat boxes.” Once safely back on the ground, we examine its contents. The once noble instrument had fallen into disrepair due to glue failure, neglect, and nonuse. Ever the pragmatist, with a slight smile he said, “Destructa vitae (destruction of life), I obviously have a project.”
This is why I’m so pleased to have Brian Sodoma focus on five vintage violins. These are no ordinary instruments, they are Stradivarius masterpieces that will be played by world-class musicians as part of the Las Vegas Philharmonic’s “Vegas Strad Week 2020.” In his piece Old Souls, he introduces us to the genius of  Antonio Stradivari and his family of violin makers and interviews, amongst others, violinist Eugene Drucker who has owned his Strad since the early 1980s.
Speaking of rare instruments and talent, film critic Josh Bell grills filmmaker and actor Taiki Waititi. His controversial hit movie Jojo Rabbit has been nominated for six Oscars this year, including Best Picture.
Jason Harris’ mouthwatering essay Where are They Now?, revisits Chef James Trees, Chef Sheridan Su & Jenny Wong, Chef Justin Kingsley Hall and Jolene Mannina. It is great to catch up with them and see what they have been up to since we last talked to them. Jason also slips in a plug in for a dinner/stand-up  comedy show at the Monkey Room @ Piero’s, in whch he features and co-produces with Jolene.
The Women’s Hospitality Initiative (WHI) has its inaugural event at UNLV on February 18. In She’s in Charge, Marisa Finetti writes about the battle women have had in getting equity in the culinary industry. She also introduces us to the WHI and their event and the movie, A Fine Line, which will be shown. The movie chronicles the advance of women in the restaurant industry but sadly their lack of representation at executive levels.
Our eyecatching cover by Nicolas Rosenfeld features Raphael Mechoulam, an 89 year old professor of medicinal chemistry at the Hebrew University of Jerusalem, Israel. He became known as the Godfather of Medicinal Marijuana when nearly 61 years ago he discovered the THC molecule and isolated the CBD cannabidiol compound. This month, Paul Harasim’s piece CBD, THC, & FDA, looks at the state of play in this field.
Veteran writer and copy editor Jaq Greenspon is looking positively svelte, an achievement he totally credits to virtual reality exercising. He proudly points to the wall of medals that mark his journey. In Virtual Fitness, he explores the range of options catering to all tastes and circumstances. On a personal note, I have a nephew who works for Zwift, one of the companies he covers. We often discuss this phenomenon; he talks in glowing terms of their products (he gave a bike to his mother) and the number of global outlets the company is opening.
Finally, Beth Schwartz contributes a piece entitled From the Couch to the Court. In a world of constant innovation, when did we last hear about a new sport? Catchball seems to be an exception, exploding onto the scene and attracting a huge following. Part of its success is that it fills a vital need of an important demographic. Ladies, for those of you looking for a challenging workout whilst enjoying good fun and camaraderie, this is for you, just ask Beth, she’s totally hooked.
It’s a new year folks, full of possibilities; engage life, stick to your New Year’s resolutions, and as always I’ll see you in the racks.