Cremona, Italy is to violin-making what Indianapolis is to automobile-racing. The northern Italian city’s legendary luthier is Antonio Stradivari, who built stringed instruments between the late 1600s up until his passing in 1737.

Some hold Stradivari’s output of roughly 1,000 violins as the gold standard in the luthier world. Why? That’s a question that prompts its share of scholarly, along with wildly imaginative, speculation. Some researchers say trace minerals in the maple wood in the region at the time helped the “Strad” produce a distinctively bright sound. Others say additives in the varnish of the day influenced the pieces, and then there are the taller tales of how beetle shells or actual blood in the varnish make a Strad a Strad. All embellishment, hyperbole, and deep research aside, there’s still strong universal agreement that a Stradivarius is indeed a work of art, built by a master wood craftsman passionate about every detail of his trade.

Suzanne Fushi, executive director of the Stradovari Society in Chicago, a nonprofit which pairs collectors with professional violinists who wish to play them, refers to Stradovari as “an unbelievably talented wood sculptor who is like the Michael Jordan of violin-making.”

Today, roughly 600 Strad violins still exist. They fetch, on the low end, several million dollars, if in good condition. While the most expensive, the “Lady Blunt,” was bought for around $16 million a few years ago.

What’s even more unique about a Stradivarius violin, and many others built as far back as the 17th century, is that it’s highly unlikely one would be found in a display case.

“These are living, breathing instruments. They need to vibrate. They need to be played. You don’t want them put on a shelf,” says Las Vegas Philharmonic Concertmaster, De Ann Letourneau, who will play a Stradivarius at the upcoming “Vegas Strad Week 2020,” March 6-8th at the Smith Center.

The Phil’s three-day program will include five Stradivarius violins, not simply for show but also played by world-class talent. As with many of the Philharmonic’s programs, it’s never just a concert, more a chance to explore and learn about a distinctive part of history.

“It’s kind of like being in an art gallery, with each individual artist playing; even if you don’t know anything about the violins, you’ll find yourself totally immersed,” Letourneau says.

During Vegas Strad Week, on March 6th at 6:30 pm, the Festa Stradivari Concert gala, inside the Smith Center’s Reynolds Hall, allows audience members to share the stage with Letourneau and the four guest soloists for a chamber music performance, Italian feast, and discussion.

The centerpiece March 7th concert at the Smith Center has the four guest soloists, using Stradivariuses from the late 1600s and early 1700s, performing Vivaldi’s “Four Seasons,” joined by 30 members of the Philharmonic’s string section. They will trade off playing in twos, threes and all together. The soloists are:

Margaret Batjer – playing the 1716 Milstein Stradivarius. She is the concertmaster at the Los Angeles Chamber Orchestra.

Cho-Liang Lin – playing the 1715 Titian Stradivarius. He is music director of the La Jolla SummerFest and the Hong Kong International Chamber Music Festival.

Eugene Drucker – playing the 1686 Rosgonyl Stradivarius. He is the founder of the Emerson String Quartet.

On March 8th, “Sunday with a Strad” will be held at a private residence for premium table and ticket buyers from the Festa Stradivari concert. There, Suzanne Fushi, an expert from the Stradivari Society and fine instrument restorer/dealer Bein & Fushi, will discuss and answer questions about the Stradivarius’s history. Violins will also be on display.

Given the high cost of Stradivarius violins, most professional musicians can’t afford them. But, since the Strad was built to be played, and must be played, there are systems in place to make sure that happens.

The Stradivari Society is the goodwill branch of Bein & Fushi. It maintains contact with collectors who own Stradivarius violins and pairs the collector’s instruments with world-class and up-and-coming violinists. Collectors loan the instruments, usually for a year at time. According to Fushi, who is executive director of the society, the violins are all inspected three times a year. Bridge, neck, and other adjustments can only be made with permission. Collectors do not charge to lend the instrument, but violinist are required to purchase insurance for it, which can be upwards of $8,000 or $9,000 a year.

These relationships have allowed some of the world’s leading talents to play on the most storied and unique violins ever. The Stradivari Society is the reason Grammy-winning classical violinist Augustin Hadelich can play the 1723 Kiesewetter Strad, Vadim Gluzman, a regular with the world’s major orchestras, plays the 1690 Leopold Auer Strad and critically-acclaimed Philippe Quint uses the 1708 Ruby Strad.

The instruments are usually named after prominent past owners, but also for certain attributes. The Kiesewetter, for example, is named after the famous German composer and violinist. The Ruby is actually named for the deep red color of its varnish, and Leopold Auer, one of the most influential instructors of the late 19th and early 20th century, used Gluzman’s 1690 Strad, later becoming its namesake.

The violin of Eugene Drucker, the founder of the Emerson String Quartet, brings with it a unique story. He has owned his 1686 Rosgonyl Stradivarius since the early 1980s. His father, a violinist himself, purchased a Giuseppe Guarneri violin made in 1714 while Drucker was in his teens. Guarneri is another famous Cremona luthier whose work, some say, rivals Stradivari’s.

Fushi explains the difference between the two luthiers in terms of shade: the Stradivarius is “very clear,” whereas a Guarneri violin sounds “darker.” She has also heard violinists say the Strad allows for a lighter touch, whereas a person needs to “dig in” with the bow more on a Guarneri.

Drucker’s father eventually gave his son the Guarneri violin and, thanks to the considerable equity it had built through the years, Drucker was able to trade it in for his 1686 Rosgonyl Stradivarius. Even though the Rosgonyl was worth more than the Guarneri, Drucker was eventually able to pay off the difference and, even though he has others, the Strad has been his primary violin ever since.

Drucker describes playing his 1686 Rosgonyl this way: “It has a vocal quality, and that’s what I value in it the most, when it’s at its best.” That latter sentiment speaks to how the sometimes temperamental Strad can require adjustments, especially with changes in humidity.

“Believe me, these instruments fluctuate and they’re not always at their happiest depending on the climate conditions,” Drucker adds, while also elaborating on how, when his playing peaks and the instrument’s mood is right, there’s really nothing like it. “When the violin’s at its best and I’m at my best, in tandem with the instrument, there’s a vocal quality that’s harder to get with a modern instrument.”

Letourneau, who, during the Las Vegas program, will play a violin arranged for her by the Stradivari Society, had her first Strad playing experience in 2001. She expects she’ll need a little time to re-acquaint herself with the instrument, but appreciates the opportunity to further explore it.

“It usually takes me a couple hours to get to know the instrument, but, really, to play something like this, it’s a little like being on vacation in a resort, like Disneyland,” she said. “There’s so much to see, you’re not going to see everything at once. You have to go back for more.”

Learn more about the Vivaldi “Four Seasons” concert and the Philharmonic’s other Stradivarius events by visiting Lvphil.org. 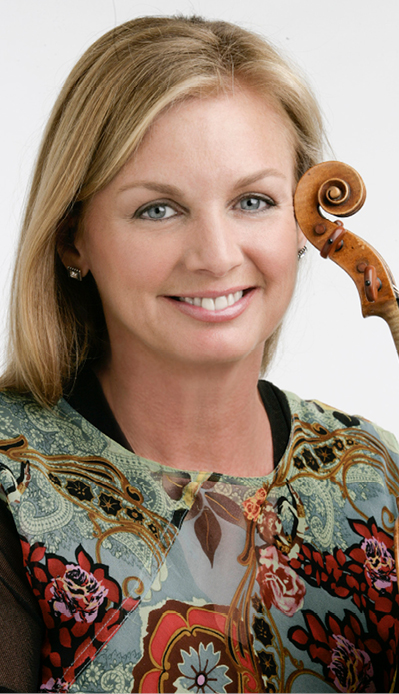 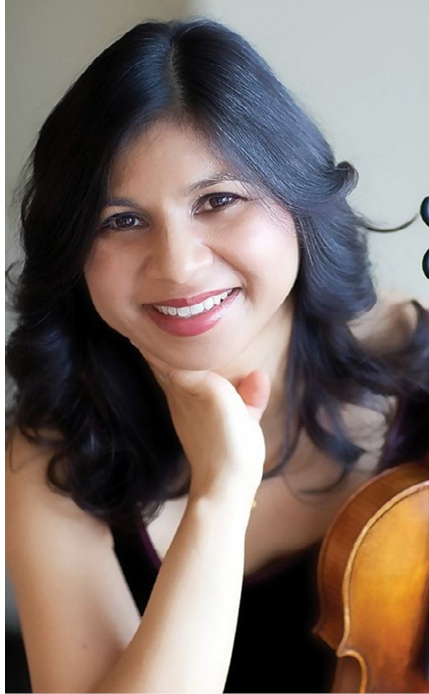 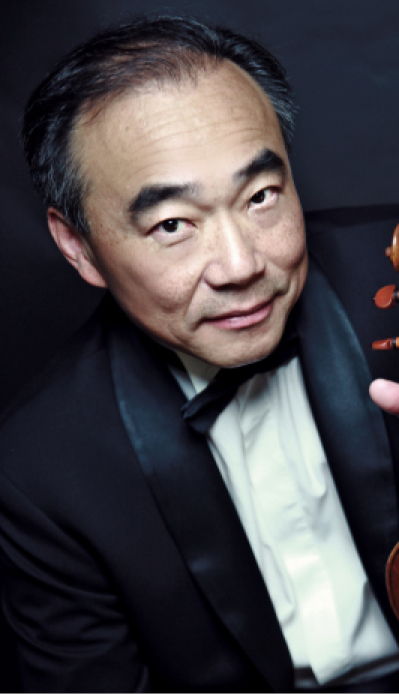 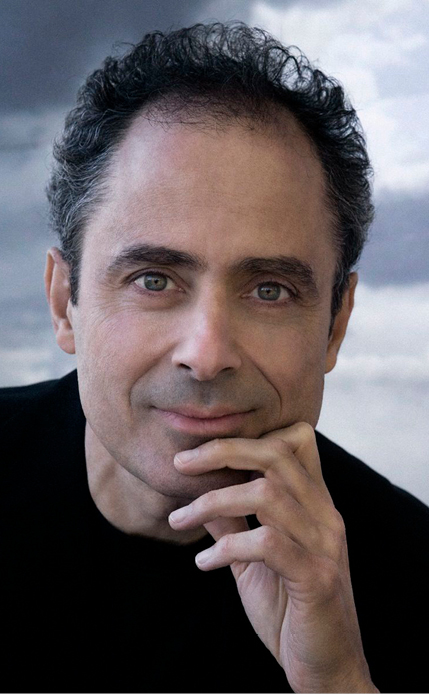 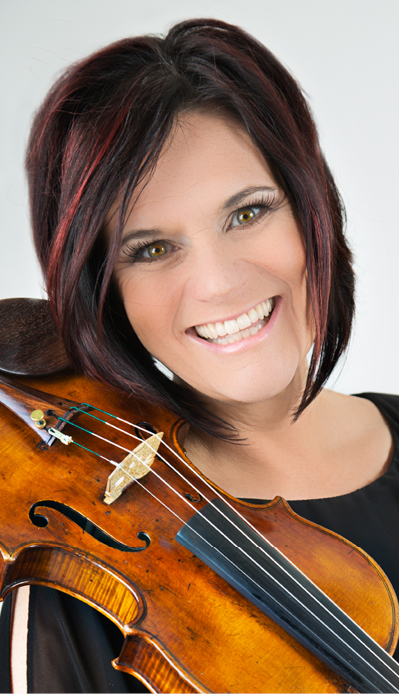