Who Knows What the Nose Knows? 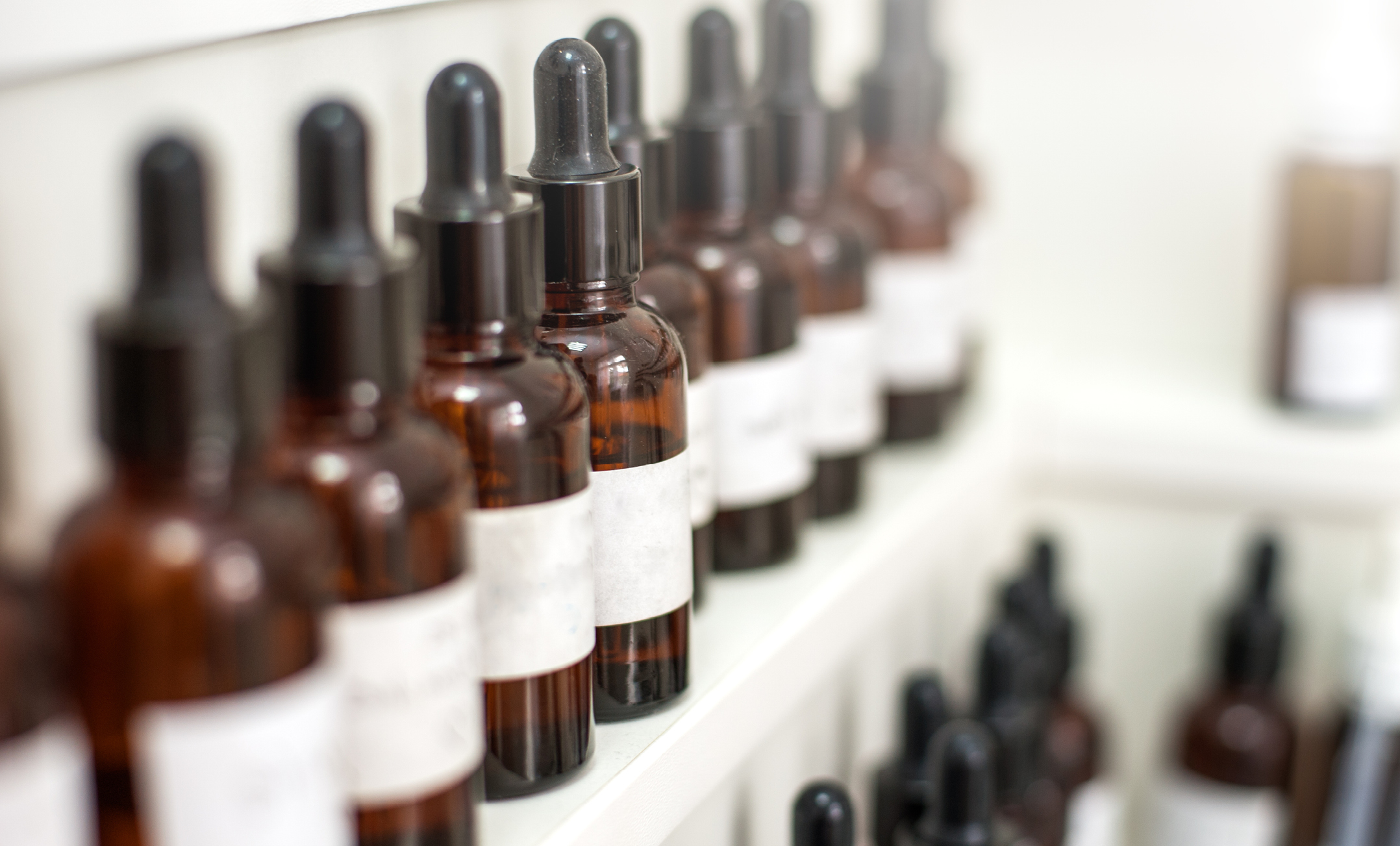 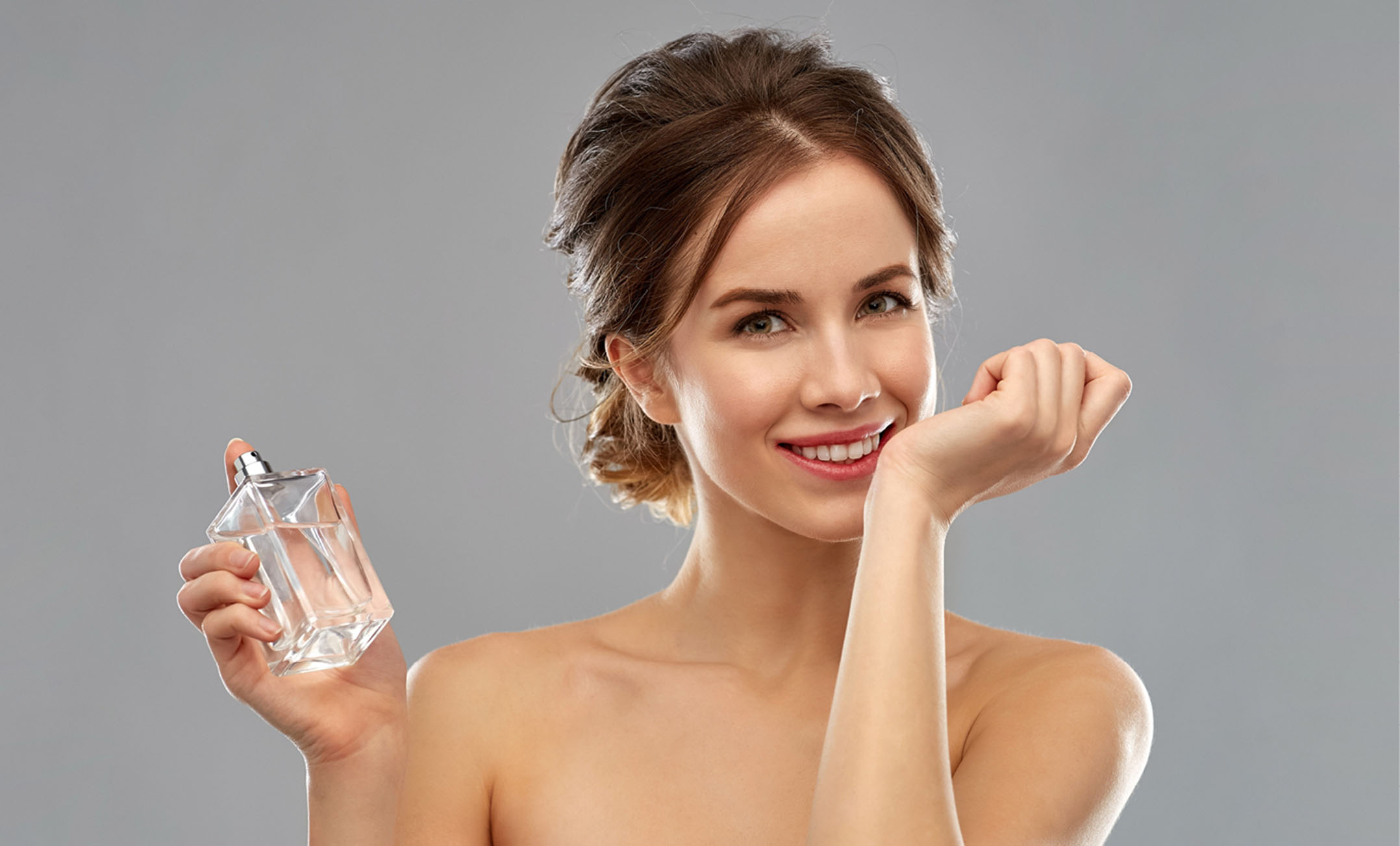 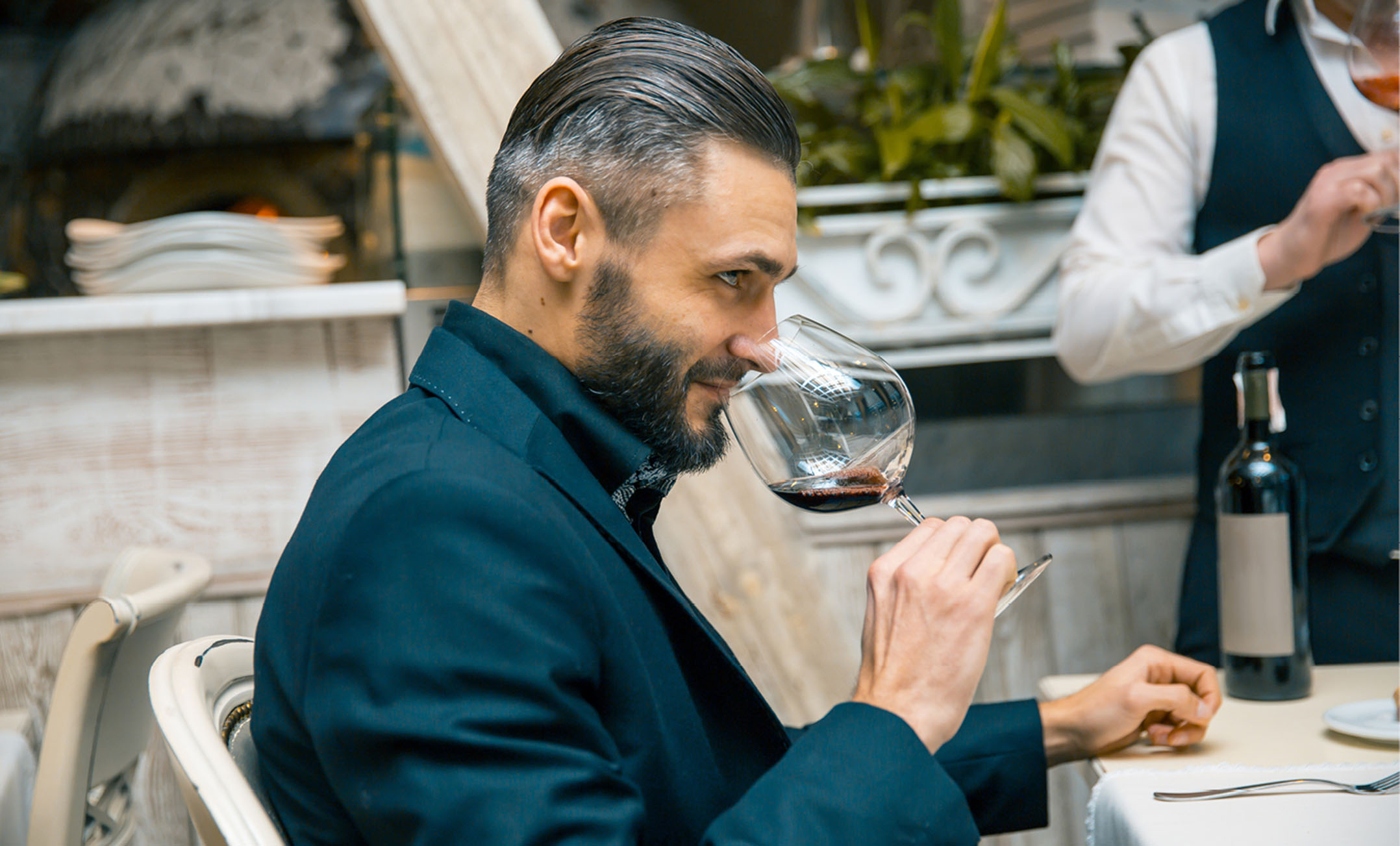 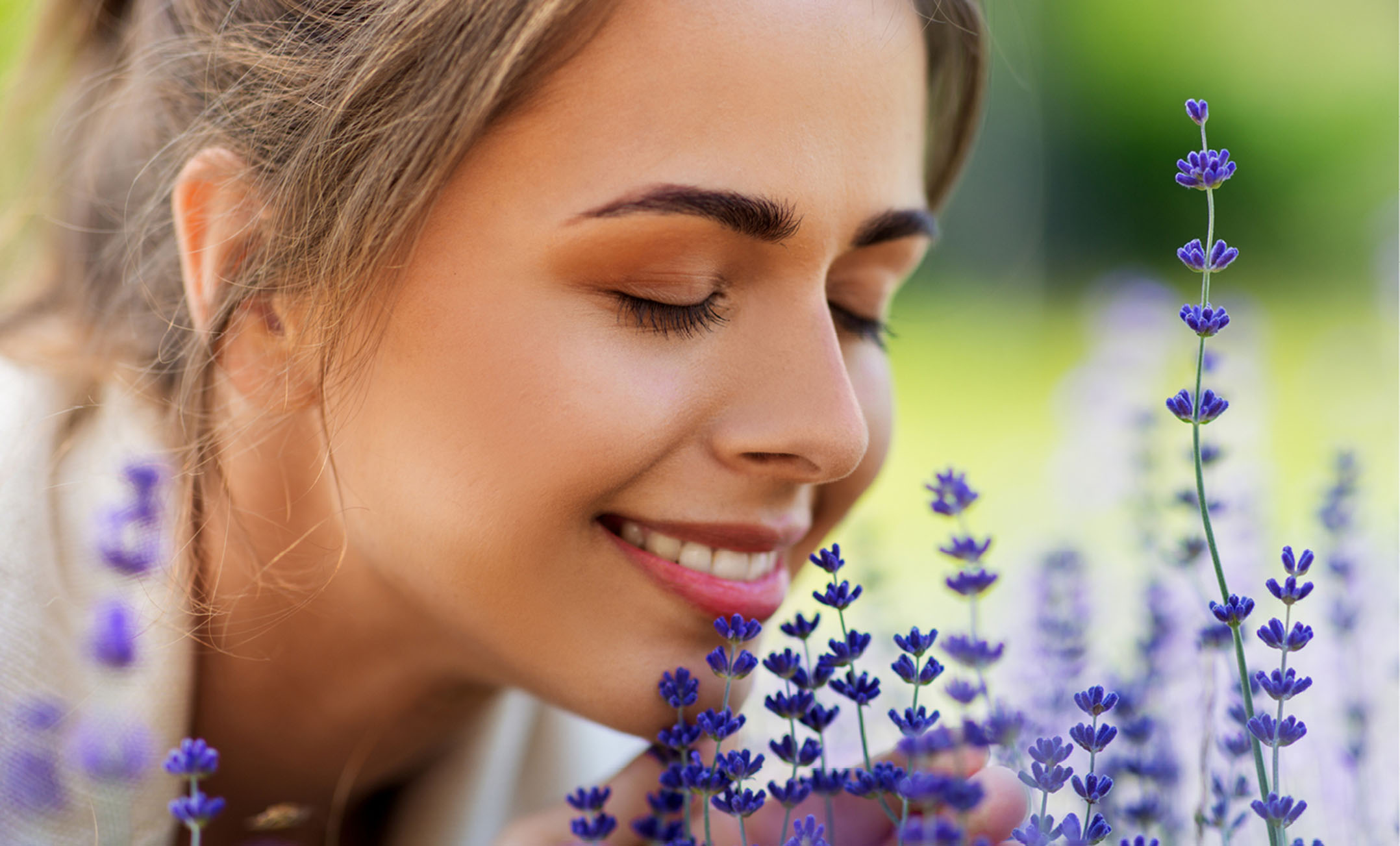 Of the five basic senses, I contend smell gets the short end of the stick. Sure, taste is probably lower, but not by much (and really, that’s only because taste is actually combined with smell). See, sight accounts for a high percentage of our sensory input, while hearing and touch are running a close second and third (well, close to each other, but still distant from sight). Then you have smell in fourth followed quickly by taste. Plato, the ancient Greek philosopher, started this trend. For him, sight and sound were everything and he believed smell was relegated to foul odors and perfume should only be used by prostitutes. Then again, Plato probably wasn’t much fun on a date. It’s an odd thing to think about, really, but then, as we head into the holiday season, maybe not so much.

See, I don’t know about you, but it seems that every year since my bar mitzvah someone, somewhere, has gotten me a cologne / after shave set for the holidays. At first, I thought it was a rite of passage, a “now you are a man, you should smell like one.” Then, as I got older, I tried not to take offense, thinking that whoever got it for me didn’t particularly like the way I smelled and was hinting at some sort of self-improvement. Older still, and I realized neither of those things was probably true. Instead, it was a last minute, grab something off the display rack as you try and get through the mall unscathed kinda gift. And that made me feel a bit better, but the thing is, we really should be paying attention to things like our scent. And those kinds of gifts shouldn’t be a throwaway, I had to get you something so I got you this, but a thoughtful indicator of your well-being and what you truly think of the intended recipient.

Cause when you break it down, smell might just be the most important thing of all.

Dr. Rachel Herz, neuroscientist and internationally recognized expert in the psychological science of smell, breaks it down this way: “Odors are volatile molecules; they float in the air. When we breathe, air enters the nostrils and is swept upward into the nasal passages, where odor molecules settle on a mucous membrane called the olfactory epithelia. The olfactory epithelia contains olfactory sensory neurons, small nerve cells covered with cilia that protrude into the mucus that coats the nasal epithelium. These cilia, which are actually the dendrites of olfactory neurons, have odorant receptors on their tips.” You with me so far? Basically, when you smell something, it’s because a microscopic piece of that thing has landed on the inside of your nose.

While that may seem a little icky, think about it like this: when it comes to smell, we’re pretty far down the chain. We, as humans, have between 300-400 different types of scent receptors, duplicated and multiplied so we can have as many as 20 million olfactory receptors covering that epithelia in our nostrils. Mice, on the other hand, have about 1000 different types of receptors, while bloodhounds have 200 million receptors over all. To put it bluntly, we don’t smell so good.

And yet…we seem to always come back to scent, almost as a default, for a number of things. Holladay Saltz, a noted parfumer and scent memory collector, explained in a recent TEDx Talk why scent is such a powerful tool for memory recall. “What happens when we smell something our brains process this in a really unique way,” she said. “Instead of going to the cerebral cortex, which is where we process language and judgment, smells go to the limbic system. This is where we store long term memories and emotions and this is why it’s really hard to identify the name of a smell immediately when you smell it. And it’s also really our memories, that are triggered by smell, are really powerful because they’re long-term emotional memories.” She then goes on to explain how companies use that knowledge in marketing, that Tide detergent outsells its nearest competitor by a margin of two to one, and that Procter & Gamble, who make it, claim a “big part of its appeal is a citrus, fruity, and floral experience. These are not random components. The smell of citrus strongly correlates to cleanliness; sweet, fruity smells increase feelings of comfort; and floral scents evoke maternal love and care. So this is a powerful combination of factors that they’re hitting on here.”

Dr. Herz agrees. “Of all our senses, olfaction is especially predisposed to become associated with emotional meaning because of its neuroanatomical relationship with the amygdala-hippocampal complex, critically involved in forming and remembering emotional associations.” This explains why people are more likely to give money or volunteer time to charities if the room they’re in when they are asked smells like the citrus of cleaning products.

Of course, this makes me wonder about Tide Pods and the recent trend of eating them. Surely, they can’t actually taste good, right? They don’t have a delightful flavor? But then, there is a large association between smell and taste, which, it turns out, is not the same as flavor. I should probably clarify that distinction. See, taste is the five basic sensations picked up by your tongue – the four you remember from grade school: salty, sour, sweet, and bitter. Recently, a fifth was added, umami, which is kind of the nebulous catch all for anything savory. Flavor, though, that’s something else. Flavor is all of those five things (in combination) plus smell. As Dr. Herz points out, “You distinguish the flavor of a cold cup of coffee from a glass of red wine only by smell, not taste.” This explains why absolutely nothing tastes good when your nose is stuffed during a cold. Again, smell has far more importance than we give it credit for

Which brings us back to the holiday gifts. See, A British bath fixture website, ShowersToYou.co.uk, working with Fragrantica.com, have come to the wonderfully obvious idea that scents, like anything else we wear to adorn ourselves and make us feel better and more attractive, should be changed with the season. “As we say goodbye to the fresh citrus of summer fruits and hello to the woody aroma of conkers and russet leaves,” they point out, “we prepare to change up our personal fragrance, too.” Like fine wines, the scents we should turn to as the nights get longer, have specific bouquets and notes. And they did it in the most scientific way possible – a reader survey.

So anything with a hint of orange, lemon, or grapefruit is right out after Labor Day, at least for personal use (cleaning products, you’re still good). Once September hits and school starts, you’ve got to start thinking along different lines. According to the data, it seems you probably shouldn’t be wearing Apple or Pomegranate after Labor Day as these are amongst the least popular autumn notes. They’re still on the list, at numbers six and seven respectively, but you can do better.

So if those are on the no-no list, what makes the top of the yes-yes? Vanilla and amber. Vanilla, sure, I get that. What’s not to love about “a sweet, warm, and comforting odor?” But amber as number two? Honestly, I didn’t even know amber had a smell, but evidently, “amber is known as a sweet resinous odor, imbued with coziness and warmth.” Nice.

These are followed by plum in third place, caramel in fourth, and walnut in fifth. Interestingly, all of these seem to be completely different odors, allowing for a wonderful variety in changing up your day to day scent. If you’re looking for a “succulent and sweet, fruity odor” you’ll find that in plum notes and accents. Caramel will provide a scent that is “sensual, rich and buttery,” while walnut, naturally, gives off a “woody odor infused with oil-rich nuts.”

Then there are the accords. Accords are like a secondary or underlying odor, like when you go to a wine tasting and the sommelier asks if get the “hint” of some flavor or other. In Autumn, then, Tobacco and Sweet accords are also popular, bringing to mind fresh baked pies and a grandfather’s pipe.

With all that information, then, it’s no wonder that Tobacco Vanille, by Tom Ford, is the most popular unisex fragrance for autumn. And in fact, on pages 18-19 of this magazine, you’ll find a nice collection of autumnal and winter fragrances which could easily make your gift list, either giving or receiving.

You see, it really is something which should take care and thought. When you give someone a particular scent for the holidays, it should carry the same importance as any special purchase, anything you’ve labored over in the decision making. And if you’re still in the position of having to get a stranger something, go for a gift card. At least then they’ll be able to pick a scent which speaks to them.

Whatever you do, though, if you’re choosing a smell for someone special, avoid the pumpkin spice. Trust me on this one.