When last we spoke with Gina Marinelli, the chef was just opening her first restaurant, the Summerlin Italian hot spot, La Strega (“the witch” in Italian). Many television appearances and accolades later, we now find her expanding her restaurant portfolio. Her pasta and fish-forward La Strega earned her such a following that she has now opened Harlo Steakhouse & Bar, a throwback feeling chop house in Downtown Summerlin with modern takes on classic dishes. We caught up with the chef to discuss the new restaurant, her plans for this year, and if many Las Vegas Raiders - her dad, Rod Marinelli, is the defensive line coach for the football team — have found her protein-centric steakhouse yet.

Tonight, you brought me out a dish I’ve never seen before. Tell me about it.

I thought it would be something a little fun. I love the idea of a bone marrow all’Amatriciana and using the bone marrow as the fat. The presentation is stunning. With the pasta, it’s a riff off La Strega and bringing it in here for a mid-course pasta before your steak. It’s very playful and whimsical. With La Strega, we always cook on the edge of our seats. That’s what we wanted to do tonight.

Is this the philosophy here as well? Cooking on the edge of your seat?

Always. We’re a neighborhood restaurant so we can do that. The Strip is Groundhog’s Day. You get new people but the same courses. Here, we get the same people 2 - 3 times a week, so you have to be innovative and thoughtful with what you send out to them. We try to make every experience like it’s their first experience. For a chef, that’s great. That feels fun. If you came back in two days, you would not be getting the same meal.

How long did this concept take to develop?

It went back and forth for about 2 years. Just kind of figuring out what we wanted to do and who we wanted to be. I like that it took that much time. To do it right, with everything, we settled on the design first. The room makes the first statement. And then with the food, we can look at it separately.

Speaking of the food, many of these are known dishes from the 1960s but you are doing different spins on them.

We want to reinvent and also give ourselves our own identity. We want to be playful - with pasta, with seafood, with seasonality. So, when you come to Harlo in April, May, and June, the menu is going to look different than it does in November and December. We need to be that chef-driven place and celebrate who we are as a team. We’re flexing. How we do seafood at La Strega is how we’re going to do meat here. We’re going to celebrate different farms, different cuts, different things and push the boundaries.

Vegas is a steak town. Why would I choose Harlo over the other options?

There are so many great steakhouses here, but I think the room is exceptional. I think the service is impeccable. Our front of the house management team is great. The food is going to change over the seasons and over the course of a month. And that’s what’s going to make it beautiful. We’re not going to serve food just to serve food. We’re going to celebrate global cuisine and keep pushing ourselves. We want to celebrate the right farms for our meat program. If you go to most places, it’s like, filet, ribeye, New York. But we’re celebrating Flannery, Western Reserve, Allen Brothers. We’re bringing in tomahawks from Westholme. We have Australian wagyu and Miyazaki A5. We’re connecting our guests with these farms. I think that’s going to be the biggest thing for us.

Are eaters educated to the point where they care about which farms are being used to source their meats?

I think they are. At La Strega, I wanted people to get away from farmed and wild. That was a big thing. Here, it’s getting away from choice and prime. And what that means. If it’s choice and USDA approved, what does that mean? We’re going to educate them that it’s okay to eat the highest echelon choice meat. It doesn’t make it bad or mean that the cows were raised improperly. We had the farmers come out here and talk to the team. It’s important.

With La Strega, in the past, you and I have talked about how you’re pushing the boundaries of what we consider in an Italian restaurant. How do you do that in a meat-centric restaurant, one that is so steeped in what is traditional in this town?

I think, give them what they are already expecting. Doing a wedge, doing a Caesar, doing a filet and on top of that, pushing it. Put them on the menu so people come in. Once they come in, then I’m going to get you. Same thing here. If they come in and just want a Caesar salad and a filet, guess what, we want to cook for you over and over again, so we’re gonna get you. That’s the best way.

When you look around, you can see this is a beautiful brunch space.

Is it going to be classic brunch food?

With the Harlo reputation, we’re going to do something outside of the box. We will have the steaks that will always bring everybody in. But it’s going to really be outside the box - thoughtful, indulgent - it’s a steakhouse. If you’re coming here for brunch, you’re not coming here to eat light. You’re coming here to indulge and have a great time. That’s how we’ve built the brunch menu. Make it fun, cool, and sexy.

As for the look of the place, it’s a place you want to get dressed up for. You want to come in with your girlfriends, your friends, and make it an occasion. The other brunches are just places to go and drink champagne.

Will you be doing special events similar to what you do at La Strega with the fish market?

We’ve talked about doing a meat market here. That’s down the line. Imagine coming in here, buying your steaks, meeting the chefs and learning how to cook everything.

What’s the one dish right now that showcases where you think Harlo will go in the future?

I’m not going to pick a cut of meat. I love the hot shellfish tower. I think it’s really unique and different. You can go get a cold shellfish tower anywhere. But to come in and get everything put together almost like an al Forno, that’s so beautiful. And if I’m here in the kitchen and some of it comes back, I’ll cook with that actual pan on the stove, burn everything off and make a pasta for you with what’s in there and send it back out. That’s what is really beautiful. We’re tying in Italian but also who we are as a restaurant – celebrating fresh seafood, fresh meat, and being thoughtful and creative.

With so much focus on protein here and your ties to the Raiders, are you seeing a lot of players and coaches come through the doors?

We haven’t quite seen it yet. We see it a lot at La Strega. They’re going to come after the season is over, hopefully after the Super Bowl.

(This interview was conducted the night before the Raiders lost in the Wild Card playoff game to the Cincinnati Bengals 26 -19 to end their season).

Is there a big crossover between patrons of La Strega and here?

100%. We see a lot of the same faces here. If they’re at Harlo on Friday, they’re at La Strega on Saturday. That’s the biggest compliment to myself as a restauranteur, to see the same people going back and forth.

How much time are you spending at Harlo and how much at La Strega currently?

I try to split my day about 50/50. I usually start my mornings at La Strega and check in with my team there. Without La Strega, I’d have nothing. I always want to make sure my team sees me. Then I usually come here, and we go through service. I go where the need is, where my team needs me the most. It’s hard but it’s a good balance.

It’s interesting that you are getting a lot of the same customers at both, considering that Downtown Summerlin is quite a different social scene.

I think being on the backside of Downtown Summerlin and having that valet right there, it does make it kind of a destination. You can drink at the bar and get up and go talk to a table. The nice thing about this room is that you can come in and have a filet and a martini at the bar or a Caesar salad and everybody walks around and talks to each other. It’s a country club in certain ways. But also, if you’re not part of the country club, you can just walk in and be a part of it, if that makes sense.

The cocktails are a big part of the experience in that “everything old is new again” style. What’s your favorite cocktail on the menu?

My favorite, hands down, is The Hills Park. (It features Michters bourbon, sazerac rye pedro ximenez carpano antica umeboshi plum, cherry, smoke). David Bonatesta did such a good job at developing from vintage Vegas, antique Vegas, and bringing everything forward.

One of your secret weapons here is Ivo Angelov. I don’t think there’s a better front of house person in this city.

You have a steakhouse and an Italian restaurant. Do you have a third concept on the horizon?

I would love to but there’s one of me. I think with these two teams, giving them all my love is what I want to focus on in 2022.

What’s your dream concept that you haven’t done yet?

Obviously, building off of La Strega, I think a fish house would be amazing. But I’m blessed with these two. 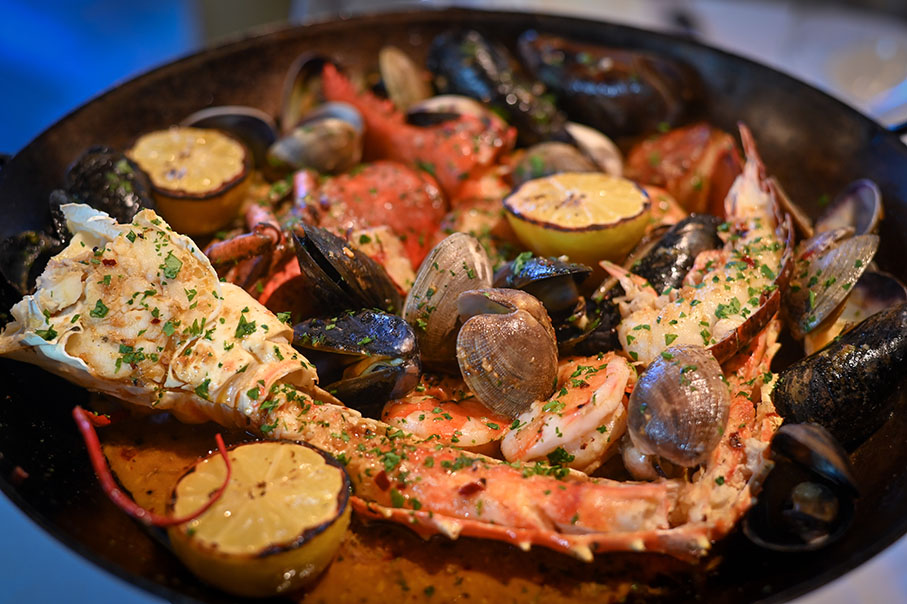 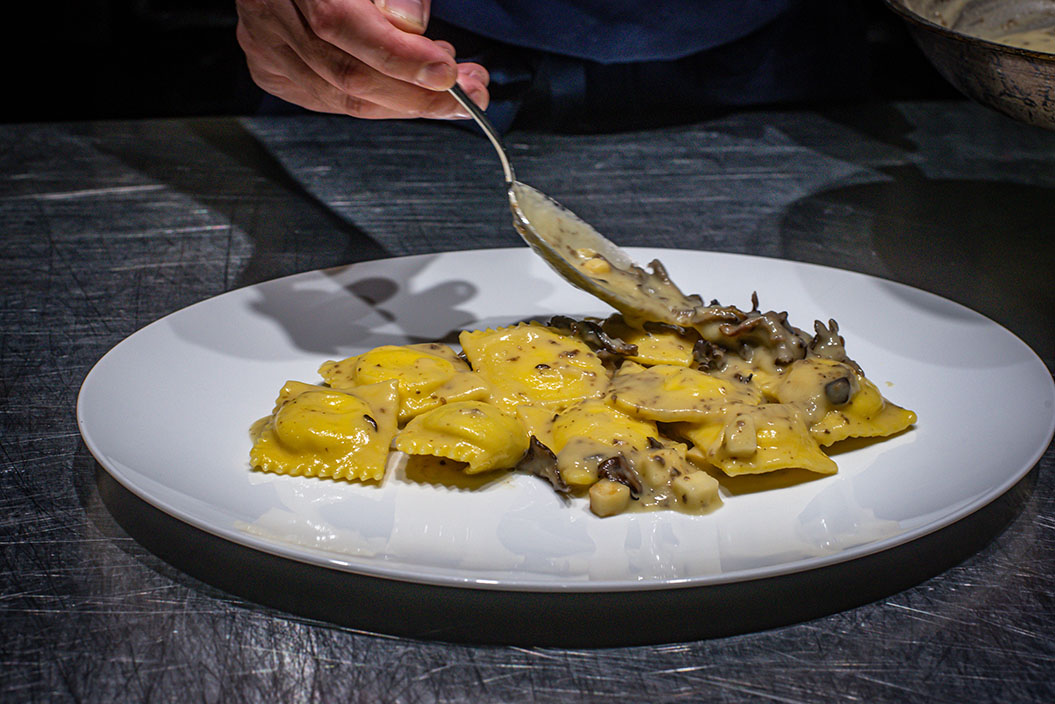 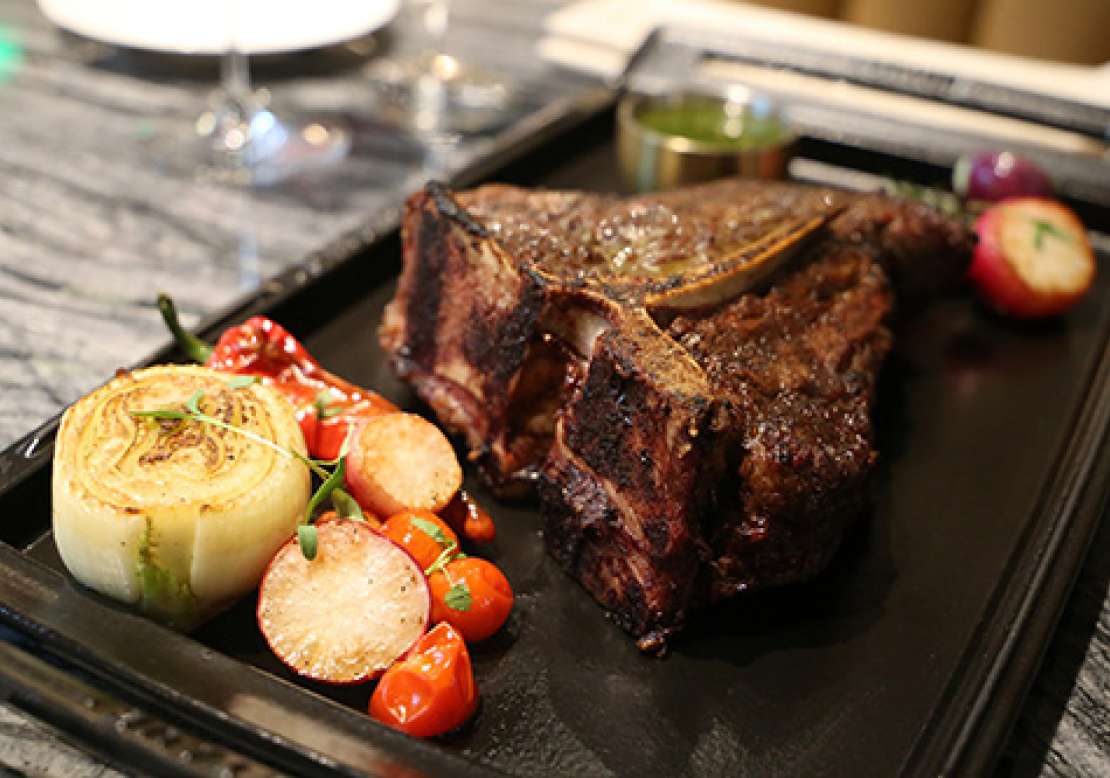 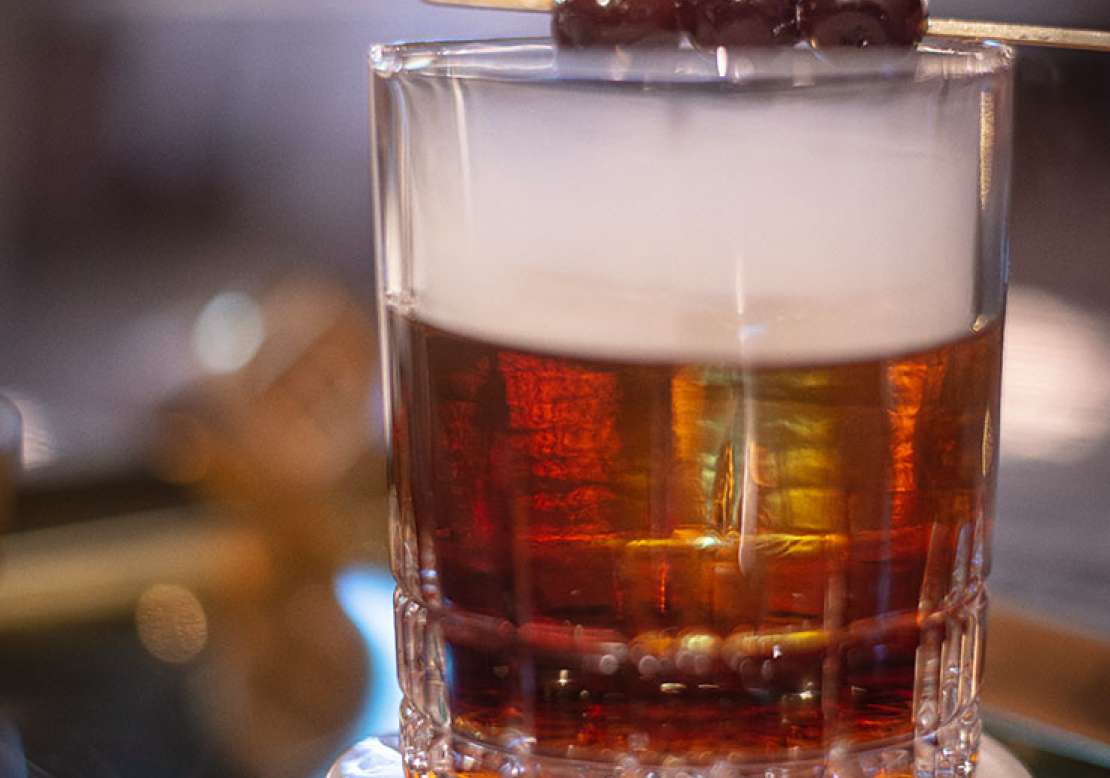