“Let us be good stewards of the earth we inherited.” - Kofi Annan Even in the dead of winter, anyone who has spent any time at all in Las Vegas knows summer is never far away. That slight chill in the air does nothing to bring comfort knowing that a few short months away, the 110+ degrees of summer will be there. Liad, a Las Vegas based photographer who originally comes from another desert, Israel, knows the feeling well.

At the beginning of this past February, Liad knew she’d had enough. “I told my husband that I cannot tolerate summers in Vegas, and I want to find somewhere to be during the summer.” A common thought, surely, of many Vegas residents. Liad, however, took her thought one step further, offering up the suggestion to “look for a place in Colorado” a state neither she nor her husband, David, had ever visited. Her reasoning was sound: “I love nature and green and wildlife and all that stuff.” They thought they should at least check it out, except it was February and one look at the current Colorado weather showed snow and extremely cold temperatures. Valentine’s Day would instead be spent in Southern California. Before the month was over, however, a call would come in that would change everything.

The call was, to say the least, unexpected. A member of David’s family, one from whom he was estranged, had passed away, leaving David and Liad the sole heirs of a modest 900 sq ft two bedroom with a “cute little kitchen,” about 75 miles south of Colorado Springs.

With this new inspiration, Liad and David made their first trek to Colorado at the beginning of March to take stock and see what needed to be done. Since then, David has made the trip numerous times to fix the place up. “We didn’t empty the whole house, but we emptied the majority of it,” Liad says. “And kind of, you know, touchups, cleaning, remodeling, and stuff like that.” They did it all themselves, turning it, as Liad explains, into “a really cute place.” There was one thing it was missing, however. This past May, when she was visiting home, she knew she needed a mezuzah for their new home. “I went to Tel Aviv and I bought a handmade mezuzah from an artist in Israel.” Upon her return to the States, on her next trip to Rye, the mezuzah went up. “I read a blessing and we put it on the wall,” she says.

While the mezuzah helped nourish the spiritual side of her, the photography and artistic sides were more intrigued by the natural aspects of the area.

As a morning person, whenever she’d go up to join her husband working on the place, Liad tended to wake up early and sit outside, enjoying her coffee and watching for any animals who might wander by. “You have deer, you have foxes and then you have wild turkeys. I know there are bears,” she says with a laugh. As a photographer, she takes full of advantage of the wildlife, even if the bears might be a bit camera shy. “I haven’t seen any bears yet, so I’m really anxious to see one. I know they’re around because people do see them in their backyard.”

Those morning hours, though, Liad sees them as her time to relax in this quiet place and reflect on the peaceful moments around her. Sometimes, coffee in hand, she’ll bring out her camera and take photographs of the birds in the yard or just drive around, exploring an environment unlike any she’s ever seen. She’s “discovered beautiful roads and paths and places to look for animals,” amongst the rural settings, while her pictures can easily be seen as an appreciation of the inheritance – not just the house, but the more ambiguous idea of the landscape she now finds herself a part of, even if it’s just temporarily for the time being.

“It’s good to just go away from the city and the heat and to go to a place green and quiet. You don’t see cars; you don’t hear anybody. Just really nice,” Liad says. “It’s really away from any city, so it’s really dark there at nighttime. We want to enjoy it.”
If you think you’d like to enjoy this remote area as well, the house is currently available on AirBnB for the time when Liad and David aren’t in residence themselves. 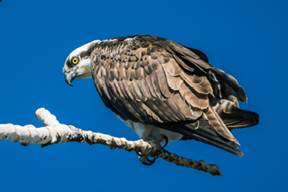 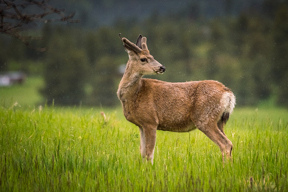