Unlocking the Medical Potential of Cannabis What do we really know about cannabis used for medical purposes, which is often called medical marijuana?

The short answer is, “not nearly enough.” And that’s largely because a federal statute classifies marijuana as a Schedule 1 controlled substance, a drug supposedly on par with heroin, highly addictive with no medical benefit. Because of this law, there are tight restrictions on cannabis research, with researchers only able to study a slim variety of cannabis compounds, far from what is necessary to study a wide array of available products and treatments. Most scientists say the law, largely reflecting the War on Drugs political views of then President Richard Nixon, was not based on scientific evidence.

We do know that few things can get the public riled up, and ready to ignore a medical position taken by the federal government, like media/internet reports on positive effects of marijuana, effects ranging from arthritis relief to increased creativity – reports often based on limited studies, dramatic anecdotal evidence, or research from foreign countries. Not only did such information go a long way toward 33 states legalizing medical marijuana, today government officials at the Food and Drug Administration admit they are aware that “unapproved cannabis and/or unapproved cannabis-derived products are being used to treat a number of medical conditions including AIDS wasting, epilepsy, neuropathic pain, spasticity associated with multiple sclerosis, and cancer and chemotherapy-induced nausea.”

“There has been no FDA review of data from rigorous clinical trials to support that these unapproved products are safe and efficacious,” reads an FDA report that also says the agency has only approved four cannabis-related drugs, including one for treatment of seizures in children and three for nausea associated with cancer chemotherapy. Two of the nausea drugs are also used for the treatment of anorexia associated with weight loss in AIDS patients.

While the nation’s Drug Enforcement Agency classifies marijuana as a highly dangerous controlled substance, a HealthDay/Harris poll found in 2019 that nearly 9 out of 10 American adults believed that marijuana should be legalized for medical use. (Medical use in Nevada, one of 33 states where medical marijuana is officially recognized, was legalized in 2001–recreational use was legalized in 2017).

Yes, this plant-based medicine from the Cannabis Sativa or Cannabis indica species, which researchers say has been around in one form or another for 10,000 years – the early Chinese surgeon Hua Tuo (c.140-208) is credited as the first person to use cannabis as an anesthetic – has caught the fancy of Americans.

In 2018 alone, Wall Street reported retail sales of consumer products, many simply containing a trace of CBD, or cannabidiol – one of the major cannabinoid compounds of cannabis – added up to around $2 billion. Skin creams, oils, bath balms, and even dog treats with CBD have flooded the market, touting positive health effects, including reducing anxiety and enhancing sleep, with little evidence.

THC or tetrahydrocannabinol, the other major cannabinoid compound of cannabis that draws heavy public attention, is far more controversial than CBD because it is the psychoactive compound in marijuana that can produce a “high.” Many researchers believe CBD, though helpful on its own, works best with THC. In fact, some studies show the synergy of the compounds found in the entire plant deliver better therapeutic effects versus when the compounds are used solo. Though CBD is most often used in isolated extract, THC is often used for therapy in its whole flower state.

The truth is, the more you learn about medical marjuana, the more you realize how little we know about its true health effects. On the American Association of Medical Colleges’ website, a guest editorial ran under the headline: “Why doctors know almost nothing about the health effects of marijuna.” The editorial calls for more research to be allowed, saying “If providers are going to counsel patients about the safety, efficacy and appropriate dosing of medical marijuana, we need more and better evidence of the effect of cannabis on health.”

In a 2017 report, the National Academy of Sciences, Engineering, and Medicine called the limited understanding of the health effects of cannabis “a significant public health concern,” adding regulatory rules are a barrier to research. The report, studying research of cannabis and cannabis-derived products, only noted three areas in which a committee of scientists/physicians believed there is significant evidence cannabis and cannabinoids have an effective therapeutic effect: In the treatment of chronic pain in adults; in lessening muscle spasms in adults with multiple sclerosis; and in tempering chemotherapy-induced nausea and vomiting in adults.

Can cannabis really be a wonder drug as so many medical marijuana advocates suggest?

Raphael Mechoulam, the 88-year-old Israeli scientist who, nearly 60 years ago, discovered the THC molecule and isolated the CBD cannabidiol compound, doesn’t go that far, but in 2019 he told the Jewish online magazine Tablet that research is showing CBD to be an excellent “anti-autism drug” and predicted that, in the next decade, Israel will market clinically studied cannabinoid drugs “for diseases like depression, schizophrenia, anxiety, post trauma.”

While Israel is the leader in cannabis research, an organization begun in Florida, The International Jewish Cannabis Association, works to “educate the Jewish community on the benefits of cannabis.”

Co-founded three years ago by Ben and Dr. Anya Temer, members of the association were in Las Vegas recently for the world’s largest cannabis industry event, MJBizCon. They were networking with the 25,000 people on hand, hopeful that they’ll be able to open chapters of the organization in every major American city, including Las Vegas.

One Florida member of the association, Enny Wax, told how her mother suffered after treatment for aggressive breast cancer. The effects, particularly chemotherapy, were brutal. Though she was given FDA approved drugs to counteract nausea, vomiting, anxiety, dizziness, and the inability to sleep, Wax said what helped was a CBD tincture sprayed under her tongue.

We were desperate. We administered the tincture and before my eyes my mother changed. Her body relaxed. Her breathing relaxed, her brow unfurrowed. There was no nausea,” Wax explains. “There’s no question cannabis needs to be explored more. We need to get rid of the illegal drug stigma associated with it.”

Dr. Temer, a family physician in Florida, where medical marijuana is legalized, says she’s seen multiple positive results in patients who use cannabis, including military veterans with post-traumatic stress disorder (PTSD). “One of the biggest positives is better pain control,” she says. “Especially now, with the opioid crisis we’ve experienced, patients can decrease opioid use...getting the correct dosage is the toughest part. You have to start low and go slow.”

Native Las Vegan Kaine Marzola, diagnosed with PTSD after serving multiple tours with the Marines in Iraq, talks nonstop about the healing properties of cannabis. After a military prescription concoction of antidepressants, opioids, and benzodiazepines led him to near suicide, his twin brother introduced him to cannabis following Kaine’s 2012 discharge from active duty. “I had ballooned up more than a 100 pounds and felt like my mind and spirit were caged inside of my body – I didn’t think there was any way out until my brother helped me.” A cannabis regimen proved so successful he was able to win two amateur mixed martial arts titles and had a successful 2018 pro debut. A true believer in cannabis, he joined with Mario Gonzalez, owner of Americare, a nutritional supplement company, to found Veterans Vitality, which largely sells its CBD products at veteransvitality.com. “Good manufacturing practice is followed,” said Gonzalez. “We do third party testing to ensure you get what you pay for.”

Of course, not everything related to the health effects of cannabis is positive. According to a study published in the Journal of Maternal-Fetal and Neuronatal Medicine by a team of UNLV Medicine doctors, daily marijuana use during pregnancy may lead to problems that include increased risk of low birth weight, low resistance to infection, and decreased oxygen levels. “More and more, we’re gathering evidence about marijuana and the neurodevelopment of the baby,” Dr. Nora Doyle, a co-author of the study, told the Las Vegas Review-Journal. The 2017 report by the National Academies of Sciences, Engineering, and Medicine also points out negatives, including: cannabis use prior to driving increases the risk of being in an accident; a limited number of studies suggest possible cognitive impairments even after an individual stops smoking cannabis; use during adolescence is related to impairments in subsequent academic achievement; and the more cannabis is used, the greater the risk of developing psychoses.

Dr. Carmen Jones, who helps Las Vegans obtain medical marijuana cards, allowing holders to access a larger amount of cannabis for medical use, says some doctors simply see marijuana much like Richard Nixon did, as a gateway to a life of ruin, and aren’t interested in its medical properties. Others fear losing their licenses. One Las Vegas woman, Pat Paschal, who couldn’t take opioids after surgery because they made her ill, found out her surgeon wouldn’t talk about whether medical marijuana might work for pain. “He said it could cost him his license. I wasn’t asking about a prescription, just what studies showed.”

Jones, who’s served on an official county panel dealing with marijuana issues, says the surgeon is misinformed. “Supplying information will not cost you your license.”

Dr. Johan Bester, a UNLV School of Medicine bioethicist who notes that doctors should always act in the best interests of their patients, appreciates the ethical dilemmas doctors could find themselves in, given the federal position on marijuna. But he says a good way to respond to a patient enquiring about medical mairjuana might be: “I can’t prescribe marijuana for you, because I am concerned about the federal law and lack of evidence on when marijuna is safe to use. I will go look at the state of the evidence and come back to tell you what is known about the role and use of marijuana, as well as the possible benefits and harms.”

How much solid evidence would a physician really be able to share? At this point, not nearly enough. 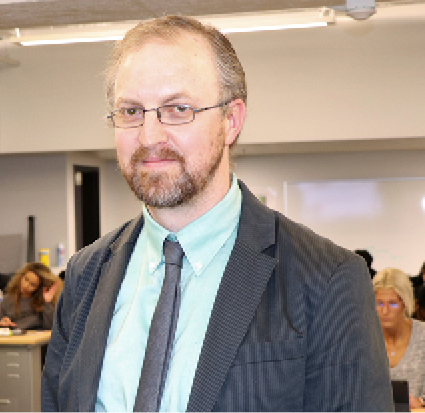